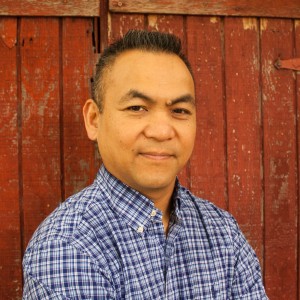 This Thursday evening (and Sunday evening, December 11th, in Columbia), Dharma Teacher Michael Nguyen will join our weekly gathering. Michael was for fifteen years a monastic in the Plum Village tradition, and for many years we called him Chan Phap Uyen or Brother Bear. About a year ago, Michael left the monastery and returned to lay life so he could dedicate more time to working with veterans and their families.

I talked with Michael earlier this week and asked what he wanted as our evening Dharma topic. His immediate response was “Integrity.” Michael’s thoughts on the importance of integrity are below:

In the world I’m now working in, I encounter too often an absence of integrity: a lot of people don’t stand behind their words or don’t follow through. Sometimes we have to change our plans, but we have to communicate the change to others. Too often, one gets the feeling that one’s co-workers don’t care that the consequences of their actions affect others.

A friend encouraged me to sign up for a professional development course where they talked about effective speech. The trainers taught us ways we could more persuasively get our points across. However, the trainers said little about listening to what others have to say. They didn’t talk about being present or compassionate. They didn’t seem to have much interest in acknowledging the joy and suffering in others.

These days I’m working two jobs. I’m a part-time counselor and live in a group home that provides transitional housing for veterans with re-entry difficulties. I’m also working at the front desk at a major hotel. Compared to other places I’ve worked this past year, the managers at the hotel show a lot of integrity. The front office manager prepares desk staff for difficulties they might encounter through role play exercises. And when there is a problem he backs up the desk staff. His attitude is “how can we help others so we can be a successful team.”

I’m increasingly aware that outside the monastery, our colleagues at work are like a second family. Many of us spend more time with them than we do with our partners, families, or relatives. It is important we treat each other with respect. If we want to have an impact, we have to work with others. We have to see the suffering and joys of our co-workers as our own. We have to function as a team.

More information about Michael Nguyen is below, along with reflections on integrity by Parker Palmer, Lao-Tzu, and James Mullaney.

Michael will also be offering Cultivating Our Garden of Love: A Day of Mindfulness on Saturday,December 10th (at Blueberry Gardens), and Letting Go — Mindfulness and Trauma Relief Exercises  on Sunday, December 11th (at the Yoga Center of Columbia). Space is limited, please register soon.

Michael Nguyen’s path to becoming a Dharma Teacher is unusual. His family came to the US from Vietnam as immigrants when he was two years old. Thirteen years later, in 1989, he met Thich Nhat Hanh at a retreat and took the Five Mindfulness Trainings. However, rather than continuing in a spiritual direction, at the age of 17 he joined the Navy. He served in Iraq during Desert Shield/Desert Storm, from 1991-1995.

Eventually, he found his way back to a spiritual path. He attended a retreat at Plum Village in France in 2002 and stayed on as a monastic, receiving full ordination in 2007. He was ordained as a Dharma teacher in 2010. In 2015 Michael left the monastery and returned to lay life, so he could dedicate more time to working with veterans and their families, sharing mindfulness and trauma releasing exercises they can use each day. He was the primary organizer of a 2014 veterans retreat at Blue Cliff Monastery in New York called “Welcome Home, How to Truly Come Home.” He currently resides in Nashville, Tennessee.

Parker J. Palmer, The Courage to Teach: Exploring the Inner Landscape of a Teacher’s Life:

By choosing integrity, I become more whole, but wholeness does not mean perfection. It means becoming more real by acknowledging the whole of who I am.

Be content with what you have;
rejoice in the way things are.
When you realize there is nothing lacking,
the whole world belongs to you.

James Mullaney, from a reply to “Just One Breath, The Practice of Poetry and Meditation” by Gary Snyder (Tricycle Magazine, Fall 1991)

A true poet has to have the same courage as a brave meditator: You have to be who YOU are. You can’t copy; you can’t do it the same way as everyone else. You can’t BE anyone else. And that can take you to a very lonely place. But you come away with the integrity of being true to your own Way.