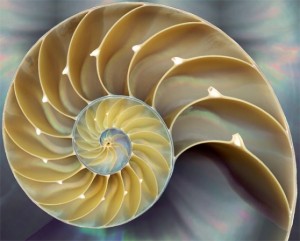 Mitchell once likened Buddhist practice to the crossing of a river. He said that there is no single way get across. One can row a boat, build a bridge, sail a ship, ride a crocodile, or swim. Indeed, Mitchell suggested that there are thousand and one ways to cross. By analogy, in life we don’t grasp onto any single strategy as if it holds the key to alleviating suffering. Rather, we rely on the thousand and one little insights and techniques that we have accumulated over our lives to assist our journey.

It is in this spirit that I would like to share a practice this Thursday evening. The practice is called the “Centering Prayer.” The basics of the practice were originally described in a medieval Christian text, the Cloud of Unknowing, which calls on practitioners to abandon preconceived notions of the divine and develop the courage to surrender to the realm of “unknowing” as a way of sensing god. The practice has been popularized by the Trappist monk, Thomas Keating, and has since become an ecumenical tool of contemplation.

Although it is called a prayer, the practice is not about addressing a distant or separate god. Rather, it involves uncovering depths of our selves. They say that human consciousness is like an iceberg. In our waking lives we are aware of only a tenth of what is going on in our being. The Centering Prayer, like many other contemplative or meditative practices, aims to open a portal to the other 90%. To the degree the prayer reaches outward, it does so to invite mystery into our consciousness and become actively entrained with it.

Like many practices, it is simple, but not easy. It involves first settling the mind, and then letting a word emerge that has some resonance with our current path. The word can be anything. The key is to let the word manifest on its own, as it were, unforced by the conscious mind. Once a word arises, we then silently repeat it to ourselves, letting it wash over us. The idea is not to concentrate on the word, coordinate its sound with our breath, or otherwise deliberate about it. Rather, the practice is simply to hold it in awareness, and see what happens. Often, our minds settle more deeply and sometimes insights or upwellings emerge. In this sense, the word provides both a focus for the mind, and a tool by which we open to deeper parts of our consciousness, or if one prefers, to god or to non-self.

Thursday evening, after our regular sit, we will practice the Centering Prayer together, and then share our experiences. You are invited to be with us.

Excerpts from Open Mind, Open Heart by Father Thomas Keating are below.

Spiritual disciplines, both East and West, are based on the hypothesis that there is something that we can do to enter upon the journey to divine union once we have been touched by the realization that such a state exists.. Centering prayer is a discipline designed to reduce the obstacles to contemplative prayer.

The sacred word, whatever one you may choose, is sacred not because of its meaning, but because of its intent. It expresses your intention to open yourself to God, the Ultimate Mystery, who dwells within you. It is a focal point to return to when you notice you are becoming interested in the thoughts that are going by.

Stick to the same word once you feel comfortable with it. If you are moved to choose another word, go ahead and try it, but do not shop around during the same period of prayer. The sacred word is a sign or arrow pointing in the direction you want to take. It is a way of renewing your intention to open yourself to God and to accept Him as He is. While this does not prevent anyone from praying in other forms at other times, the period of centering prayer is not the time to pray specifically for others. By opening yourself to God, you are implicitly praying for everyone past, present, and future. You are embracing the whole of creation. You are accepting all reality, beginning with God and with that part of your own reality of which you may not be generally aware, namely, the spiritual level of your being.

The sacred word enables you to sink into your Source. Human beings were made for boundless happiness and peace, and when we see that we are starting to move in that direction, we don’t have to push ourselves. The difficulty is that we are going in the opposite direction most of the time. We tend to identify ourselves with our false self and its concerns and with the world that stimulates and reinforces that false self.

Following one’s breathing is another method of quieting the mind.

In centering prayer we begin to shift our attention from the boats and objects on the surface to the river itself, to that which sustains all our faculties and is their source. The river in this analogy has no qualities or characteristics. It is spiritual and limitless because it is a participation in God’s being.”

Centering prayer is an exercise in letting go. That is all it is. It lays aside every thought. One touch of divine love enables you to take all the pleasures of the world and throw them in the wastebasket. Reflecting on spiritual communications diminishes them. The Diamond Sutra says it all: “Try to develop a mind that does not cling to anything”‘ That includes visions, ecstasies, locutions, spiritual communications, psychic gifts. These are not as valuable as pure consciousness.

“Empirical evidence seems to be growing that the consequences of traumatic emotional experiences from earliest childhood are stored in our bodies and nervous systems in the form of tension, anxiety, and various defense mechanisms. Ordinary rest and sleep do not get rid of them. But in interior silence and the profound rest that this brings to the whole organism, these emotional blocks begin to soften up and the natural capacity of the human organism to throw off things that are harmful starts to evacuate them. The psyche as well as the body has its way of evacuating material that is harmful to its health. The emotional junk in our unconscious emerges during prayer in the form of thoughts that have a certain urgency, energy, and emotional charge to them. You don’t usually know from what particular source or sources they are coming. There is ordinarily just a jumble of thoughts and a vague or acute sense of uneasiness. Simply putting up with them and not fighting them is the best way to release them.

If you are familiar with the Ten Ox Pictures of Zen, the last one represents the return to ordinary life after full enlightenment. It symbolizes the fact that there is no way to distinguish the life with which you started from what it has become, except that it is totally transformed in its ordinariness.”