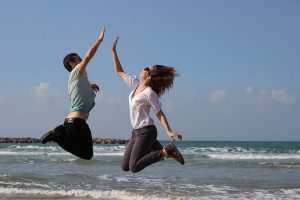 This past week I have been on an unexpected inner journey that sequentially brought together honoring what delights us, recognizing what is uniquely ours to give, the volatile mixture of narcissism and codependency, and mindfulness practices that guide us to our true home. What I sense they have in common is they are all about where we put our attention, who we really are, and how we relate to others. Permit me to tell you about them in the order they appeared.

Delight. This journey began eight days ago on a plane ride. I was listening to a recent episode of This American Life, called the Show of Delights. Ira Glass introduced it with these words:

In these dark, and confusing, and combative times, where in just one month– and it’s a month that doesn’t feel that atypical– we have impeachment hearings, and Australia on fire, and a near war with Iran, and a deadly virus spreading around the world. We thought here at our show, we would try the most radical counter-programming possible. So today, we bring you our show about delight.

Part way through the episode, Bim Adewunmi, the narrator of the episode, talks about the importance of noticing  and sharing our delights:

So there’s this poet that I discovered a couple of years ago. He’s called Ross Gay, and he’s written a book where he basically keeps track of the things that delight him. And that’s things, that’s people, that’s moments, whatever.

Hmm. A show about finding delights is “the most radical counter-programming possible.”

Authenticity. The Friends of Silence newsletter arrived in my inbox with a poem by Martha Postlethwaite:

Do not try to serve
the whole world
or do anything grandiose.
Instead, create
a clearing
in the dense forest
of your life
and wait there patiently,
until the song
that is yours alone to sing
falls into your open cupped hands
and you recognize and greet it.
Only then will you know
how to give yourself
to the world
so worthy of rescue.

Hmm. To be able to give aid to others, to rescue the world, we first need to know the song that is ours alone to sing.

Holy Hell—Codependency and Narcissism. A day after receiving the poem, while riding my indoor bike, I began watching Holy Hell, a documentary about Buddhafield, a spiritual community that began in the mid 1980s in West Hollywood, California. At the beginning of the documentary the life of the community looked offbeat , but benign, even positive. Michel, the charismatic teacher, was a former actor and hypnotherapist who advocated meditation, authenticity, exercise, and healthy living. The followers, many working in the movie industry, lived together in group houses, played together, and spent many hours each day listening to Michel’s teachings and providing various services to him and the community.

Will Allen, the director of the documentary, joined when he was 22, just after graduating from film school, and stayed with the community for 22 years. For most of those years he worked as the group’s videographer, making publicity films and documenting the daily life of the group. The footage, along with the backward looking interview with students, provides a mesmerizing story of the group’s growth, change of focus from enlightenment to serving the master, and eventual splitting apart of the group after the master’s long-term and carefully-hidden sexual predations of followers were exposed.

Many of the students felt broken and abused after offering decades of devotion to Michel (who was later called Andreas and then Reyji). In an Esquire Magazine interview, Vera describes her life after the breakup of the community:

He made every decision for me. I didn’t pick a color of lipstick without him. That’s how bad it was. To start over… I was in a fetal position on the floor. My whole belief system was gone, all my friends were gone.

In the documentary Chris, a long-time member explains his understanding of the underlying dynamic behind the emergence and growth of communities like Buddhafield:

There’s this social interplay that happens between highly codependent people and pathological narcissists. Who is going to give a person who needs constant adoration and attention, who is going to give that to them, ceaselessly? Somebody who relies on him as the source of their self esteem.

In a Rolling Stone interview Will Allen explains that he made the documentary to explore for himself and educate others why he allowed Michel to so completely control his life:

I was trying [in the film] to expose a human condition to all of us. We do give away our power in situations. Instead of judging [the members], how does it relate to [the viewer]? Where in their life have they let someone take their power away and why haven’t they stood up for themselves and put a stop to something that’s causing them pain? Are we all just codependent?

Hmm. Do we all have the seed of codependence in us?

Our True Home. The documentary rattled me in an odd way. The underlying message seemed both personal (about me and my relationships) and collective (understanding the pull of narcissistic leaders in the U.S. and abroad.) It also led me to reflect on how mindfulness practice assists many of us in finding delight, recognizing our authentic calling, and resisting the impulse to relinquish power to others, be they loved ones, teachers, or political leaders. In Silence: The Power of Quiet in a World Full of Noise Thich Nhat Hanh writes:

Our true home is what the Buddha called the island of self, the peaceful place inside of us. Oftentimes we don’t notice it’s there; we don’t even really know where we are, because our outer or inner environment is filled with noise. We need some quietness to find that island of self.

Every time you feel unwell, agitated, sad, afraid, or worried—these are times to use mindful breathing to go back home to your island of mindfulness. If you regularly practice mindfulness, going back to your island at the times when you aren’t experiencing difficulty, then when you do have a problem it will be much easier and more enjoyable to find that safe place and go home again. You are fortunate enough to know the practice of mindfulness; please make good use of the practice to strengthen the connection to your true home. Do not wait until you are hit by a giant wave to try to go back to your island. Practice going back as often as you can by living the ordinary moments of your life mindfully. Then when, inevitably, difficult moments in life do arrive, going home will be natural and easy to do.

After our meditation period we will begin our Dharma Sharing with these questions: