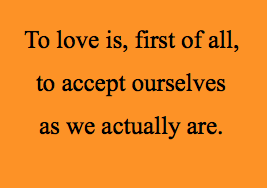 From No Mud, No Lotus: The Art of Transforming Suffering, by Thich Nhat Hanh

Discussion date: Thu, May 31, 2018 at our weekly Thursday evening practice

When I was young, I thought that discipline primarily meant punishment by my parents and teachers, who wanted to teach me how to behave properly by making me hurt in some way.  The physical pain was only moderate, but the psychological pain was great, and I internalized a lot of shame and guilt. It made me feel that I was no good, and that in order to be any good, I should only do the things they told me to do. I never understood the reasons why I wasn’t any good. They were loving parents, but that’s the way they had been taught to raise children, so that’s what they did, too, that is, spare the rod, spoil the child.

Whenever I tried out something new on my own, it had a pretty high likelihood of being punished. As a result, I never developed much initiative, or many of my own goals, or self-discipline in service of my own goals.  My safest course was to obey. I spent a lot of time anticipating what was likely to get me punished, and not doing that.

I didn’t do very well at growing up as a person. I either played the role of the obedient child, or else rebelled against that role. If I did the former, I didn’t feel real, because I knew I was pretending to be who I wasn’t.

After graduate school, I went to work, and I saw my role at the various jobs as doing the best I could to do whatever my employer wanted me to do.  I very rarely set goals for myself and tried to pursue them with self-discipline. Instead I had a vague ambition to always work hard and try to be superior. I expected rewards for that.

After all such efforts, however, I still felt – “I’m still not enough.  I’m still not good enough.” During my drinking days, I often went to get drunk to escape from my painful and unsatisfactory life.

After years in AA and meditation, I have different thoughts about discipline: I need to go to my own heart, and identify the kind of person I would like to be, and the steps I need to take to get there, and then at least try to do some those things.  It is one small step at a time.  I won’t be perfect in any day.  I need to allow myself to be happy with what I have done. I’ve learned that discipline has to be based upon the inner workings of my own heart, and my own goals. You can’t flog yourself into becoming better.

This Thursday evening, after our meditation period, we can share our experiences with discipline, self-discipline and mindfulness.

Below are excerpts on discipline from Thich Nhat Hanh and Pema Chodron.

Yesterday Allen came over to visit with his son Joey. Joey has grown so quickly! He’s already seven years old and is fluent in French and English. He even uses a bit of slang he’s picked up on the street. Raising  children here is very different from the way we  raise children at home. Here parents believe that  “freedom is necessary for a child’s development.”  During the two hours that Allen and I were  talking, Allen had to keep a constant eye on Joey.  Joey played, chattered away, and interrupted  us, making it impossible to carry on a real conversation.  I gave him several picture books for  children but he barely glanced at them before  tossing them aside and interrupting our conversation  again. He demands the constant attention  of grown-ups.

Later, Joey put on his jacket and went outside  to play with a neighbor’s child. I asked  Allen, “Do you find family life easy?” Allen  didn’t answer directly. He said that during the  past few weeks, since the birth of Ana, he had  been unable to sleep any length of time. During  the night, Sue wakes him up and-because she  is too tired herself-asks him to check to make  sure Ana is still breathing. “I get up and look  at the baby and then come back and fall asleep  again. Sometimes the ritual happens two or  three times a night.”

“ls family life easier than being a bachelor?”  I asked. Allen didn’t answer directly. But  I understood. I asked another question: “A lot  of people say that if you have a family you’re  less lonely and have more security. Is that  true?” Allen nodded his head and mumbled  something softly. But I understood.

Then Allen said, “l’ve discovered a way to  have a lot more time. In the past, I used to look  at my time as if it were divided into several  parts. One part I reserved for Joey, another part  was for Sue, another part to help with Ana, another  part for household work. The time left  over I considered my own. I could read, write,  do research, go for walks.

“But now I try not to divide time into parts  anymore. I consider my time with Joey and Sue  as my own time. When I help Joey with his homework,  I try to find ways of seeing his time as my  own time. I go through his lesson with him,  sharing his presence and finding ways to be  interested in what we do during that time. The  time for him becomes my own time. The same  with Sue. The remarkable thing is that now I have unlimited time for myself!”

Allen smiled as he spoke. I was surprised.  I knew that Allen hadn’t learned this from reading  any books. This was something he had  discovered for himself in his own daily life.

Thirty years ago, when I was still a novice  at Tu Hieu Pagoda, washing the dishes was  hardly a pleasant task. During the Season of  Retreat when all the monks returned to the  monastery, two novices had to do all the cooking  and wash the dishes for sometimes well over  one hundred monks. There was no soap. We had  only ashes, rice husks, and coconut husks, and  that was all. Cleaning such a high stack of bowls  was a chore, especially during the winter when  the water was freezing cold. Then you had to  heat up a big pot of water before you could do  any scrubbing. Nowadays one stands in a kitchen  equipped with liquid soap, special scrubpads,  and even running hot water which makes it all  the more agreeable. It is easier to enjoy washing  the dishes now. Anyone can wash them in a  hurry, then sit down and enjoy a cup of tea  afterwards. I can see a machine for washing  clothes, although I wash my own things out by  hand, but a dishwashing machine is going just  a little too far!

At first glance, that might seem a little silly:  why put so much stress on a simple thing? But  that’s precisely the point. The fact that I am  standing there and washing these bowls is a  wondrous reality. I’m being completely myself,  following my breath, conscious of my presence,  and conscious of my thoughts and actions.  There’s no way I can be tossed around mindlessly like a bottle slapped here and there on the waves.

To dissolve the causes of aggression takes discipline, gentle yet precise discipline. Without the paramita of discipline, we simply don’t have the support we need to evolve.

I remember the first retreat I led after The Wisdom of No Escape had been  published. Most people came to the retreat because they were inspired by the  notion of maitri that permeates that book. About the third day of the program, we  were all sitting there meditating when one woman suddenly stood up, stretched a  bit, and lay down on the floor. When I asked her about it later, she said, “Well, I  felt so tired that I thought I’d be kind to myself and give myself a break.” It was  then that I realized I needed to talk about the magic of discipline and not being  swayed by moods. …

What we discipline is not our “badness” or our “wrongness.” What we  discipline is any form of potential escape from reality. In other words, discipline  allows us to be right here and connect with the richness of the moment.

What makes this discipline free from severity is prajna. It’s not the same as  being told not to enjoy anything pleasurable or to control ourselves at any cost.  Instead, this journey of discipline provides the encouragement that allows us to  let go. It’s a sort of undoing process that supports us in going against the grain of  our painful habitual patterns.

At the outer level, we could think of discipline as a structure, like a thirty minute  meditation period or a two-hour class on the dharma. Probably the best  example is the meditation technique. We sit down in a certain position and are as  faithful to the technique as possible. We simply put light attention on the out-breath  over and over through mood swings, through memories, through dramas  and boredom. This simple repetitive process is like inviting that basic richness  into our lives. So we follow the instruction just as centuries of meditators have  done before.

Discipline provides the support to slow down enough and be present enough so that we can live our lives without making a big mess. It provides the encouragement to step further into groundlessnes