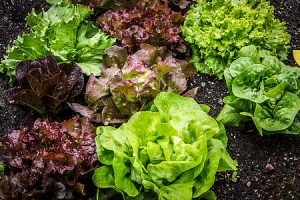 Recently, a dharma friend proposed to a multicultural group that we come together for an online study offered by a well-known Buddhist teacher. A conceptual plan of how and when we might meet was loosely discussed for several months. Finally, the friend who made the initial proposal announced, somewhat unilaterally, that the study would begin imminently. It would be organized in a way that differed significantly from what had been previously discussed.

As a result, several people were no longer able to participate. They were skillful in expressing their disappointment. In a very practical way and without any intention of harm, my friend suggested that they could always go and form their own study group. With this suggestion, my friend unknowingly had watered seeds of related to generational actions of exclusion and discrimination, which some of us continue to experience.

I recognized the impulse within me to blame my friend for the suffering that others were experiencing. I found that I was experiencing a tide of discomfort and concern. I was discomforted by my friend’s lack of awareness of the impact of her words and actions. I was discomforted to observe in myself and others a habit energy of internalizing and remaining silent about our suffering. I was concerned that, out of the habit of being nice, we might miss the opportunity to be kind and help one another transform the mud that we had encountered.

As I held all of this, Thich Nhat Hahn’s teaching about blaming the lettuce came to mind:

When you plant lettuce, if it does not grow well, you don’t blame the lettuce. You look for reasons it is not doing well. It may need fertilizer, or more water, or less sun. You never blame the lettuce. Yet if we have problems with our friends or family, we blame the other person. But if we know how to take care of them, they will grow well, like the lettuce. Blaming has no positive effect at all, nor does trying to persuade using reason and argument. That is my experience. No blame, no reasoning, no argument, just understanding. If you understand, and you show that you understand, you can love, and the situation will change.

There seems to be an especially deep conditioning in our collective consciousness to seek someone or something to blame when we encounter distressing situations. The boundary between blame versus being accountable for our actions is often distorted. The current tenor of our social discourse only amplifies this tendency. It is further amplified during this time by our national reckoning with social inequities and related traumas that impact us all.

Our tradition teaches that your suffering is my suffering. We do not blame the lettuce because she suffers. Rather we are invited to look deeply into the causes and conditions that will allow her to thrive, and to intentionally feed them. It is with this sort of profound empathy and lack of blame that we are invited to encounter even the deepest generational trauma, that we might cultivate the awareness to transform our mutual suffering.

So I reached out to my friends with this teaching and invited them to sit with me, so that we might find a way together to help our lettuce grow more beautifully.  After a time of sharing our gratitudes, sufferings, and regrets, we ultimately decided to postpone and reconfigure the group study. We listened deeply to one another to hear the concerns of those who were suffering, as well as fears of causing suffering. We also gained insight into the value of engaging our collective without blame or judgement, rather offering loving care to one another when we find ourselves in mud that has been generations in the making. Our insights were nourished by the energies of loving kindness and deep compassion during in our time together.

You are invited to be with us this Thursday and Friday evening when, after our meditation, we will sit with this teaching and reflect on where it manifests in our lives.

Below, you will find an excerpt from a related essay by Mark Epstein.

From “Beyond Blame” by Mark Epstein, Tricycle, Summer 2009

I was struck by the wisdom of [Bruce] Springsteen’s comment that we honor our parents by taking what is good and leaving the rest. There was a Buddhist flavor to it, although I would be hard pressed to identify what it was exactly that sounded Buddhist. In meditation, we are trained to not push away the unpleasant and to not cling to the pleasant—this was a little different. This was talking about not rejecting one’s parents because they were imperfect, not trying to force them to acknowledge their shortcomings, not rejecting becoming a parent because of what was done to us, not dwelling on the scars one’s parents created, not forcing oneself to pretend that one’s parents were fine when they were not, but simply being able to take what was good while leaving behind what was not. There was no blame in Springsteen’s words or in his tone—that was what caught my attention. After years of listening to Springsteen’s music, with its claustrophobic evocation of growing up in a small mill town in New Jersey, I found his comments now to be all the more poignant. Here was a man who was able to honor his parents by refusing to replicate what they had messed up, a man who understood that in his very rejection of them was an appreciation of their efforts. In trying to do a better job, he was nevertheless able to keep his heart open to them, imperfections and all. …

The source of forgiveness, Springsteen seemed to imply, lies in the realization that we are not solely products of what was done to us, the realization that there is something essential within us that is not necessarily tarnished by calamitous experience. While this contradicts many of the assumptions that a hundred years of psychotherapy have helped create in our culture, it is a notion that finds much support in the spiritual traditions of the East. In Buddhist cultures, there is a more willing acceptance of a capacity for joy or love that is not dependent on external circumstances, not compromised by trauma or mistreatment, and capable of surviving destruction. While the classic Eastern route to accessing this inherent joy is meditation, Springsteen’s comments suggest that, at least for him, the making of music may have been just as redemptive.

The discovery that one’s capacity for joy is inherent and not dependent on external events is the antidote to the all too common predicament of the abused child who assumes too much responsibility for that which he or she had no control over. Springsteen’s ability to leave behind what he did not respect of his parents’ behavior flies in the face of how most people respond to such trauma. More commonly, those who are trespassed against in childhood have a terrible time seeing the truth clearly. They are much more likely, for instance, to feel as if they are somehow to blame for whatever damage was done to them. Or they may so demonize the perpetrators that they lose sight of the perpetrators’ essential humanity. In one scenario, they cleave too tightly to the abuse; in the other, they reject the abuser totally, but never escape from their identification as a victim.