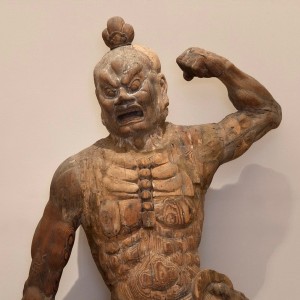 During the Supreme Court confirmation process, a friend and colleague revealed her experience of being raped when she was a teenager. It was an affecting story of powerlessness and injustice. She also told me that she recoils when people express sadness at her disclosure. “I want them to be angry!” she said.

Anger is something I’ve been wrestling with these days. It seems to come from every direction: from politicians and others who hold different views than mine, from those close to me, and fomenting inside of me. Now, from my friend, and others, I have received entreaties to join in their anger.

As a Buddhist, I am aware of practices for sitting with and examining my own anger, but I’ve been caught off balance by the anger growing around me. I’ve been particularly uncomfortable with celebrations of anger, like those in a recent spate of books and articles with titles like “Rage Becomes Her: The Power of Women’s Anger.”  I’ve noticed myself turning away from these expressions of rage and resentment, out of fear that they will water the seed of rage inside me.

How do I recognize my privilege in responding to anger?
In considering my response to other people’s expression of anger, I have also been aware of my privilege relative to the injustices in our country and the world. A lot of the anger I encounter is from marginalized people and their allies responding to the increasing vilification and ill treatment of people of color, immigrants, and gender minorities. This is not a suffering I’ve directly experienced. In fact, I have benefited in many ways from social institutions and inequalities that hinder and harm marginalized people.

I began to question my previous stance of avoiding all expressions of anger because they are “toxic” and “unwholesome” and should be avoided. Instead, I began to reflect on Thich Nhat Hanh’s teaching that “the happiness and suffering of others are not separate from my own happiness and suffering.” I realized I needed to open myself to the frustration and rage of others, because that is what is there. Thich Nhat Hanh explains in Anger: Wisdom for Cooling the Flames:

How do I manage the anger inside and around me?
It was only after I turned away from my friends’ plea to join in her anger that I realized that my desire for calm and comfort was causing me to close myself off to suffering in the world. It occurred to me that I need to take care of the anger in my community, just like the anger inside of me. In order to begin to embrace the suffering around me, I could start by turning towards it. So instead of remaining silent, I asked my friend to tell me more about what she meant when she said she wanted people to be angry. She explained to me that she hoped that her suffering would trigger the energy and power of anger. Though not advocating for aggression or violence, she saw anger as an important means of setting boundaries and protecting others from injustice.

Does listening to anger lead to violence?
Speaking with my friend further clarified for me that anger is not always associated with violence or aggressive actions. Melvin McLeod, in a recent Lion’s Roar article (The Wisdom of Anger) offered an illuminating distinction between anger and aggression. For McLeod:

Anger is the power to say no. This is our natural reaction whenever we see someone suﬀer—we want to stop it. The buddhas say no to the three poisons that drive injustice. They are angry about our suffering and they will happily destroy its causes. They aren’t angry at us. They’re angry for us.

Aggression is the energy of anger in the service of all we define as ‘self,’ ready to attack anyone and anything we deem a threat. But when anger is released from its service to ego, it ceases to be aggression and simply becomes energy. The pure energy of anger has wisdom and power.

With aggression, the intention to harm is at the root. When we behave aggressively (which we all do at times) we are caught in the illusion that hurting someone else will help ease our own suffering. This is destructive to ourselves and others. However, I have begun to see that there may be another option. Instead of repressing anger or acting out on it. We can hold it tenderly, in a way that does not feed the flames of aggression and separation.

Can I embrace anger in my community, in this Sangha?
Since I’ve dropped my efforts to protect myself from the anger I encounter, I’ve felt a weight lifted from my shoulders. My heart has grown with the knowledge that I can be open to anger without being burned by it. My reflections have also led me to consider how suffering and anger may exist in our own sangha. I believe that that some members of our own community struggle to feel seen and heard in a way that reflects the struggles for justice and inclusion in the larger society. I believe also that our community has the ability to hold this suffering, and examine our role it, so that we all may all be free.

This Thursday evening, after our sitting and walking meditation, our Dharma sharing will focus on our experiences with anger and injustice. I offer these questions to guide our sharing:

I hope you will be able to join us.

A related except on anger by Zenju Earthlyn Manuel is below.

Spiritual Awakening Arrives From Our Ordinary Lives
from The Way Of Tenderness: Awakening through Race, Sexuality, and Gender by Zenju Earthlyn Manuel

Though we are unclear about what awakening really is, we are likely to feel certain about what it is not. We may feel that it cannot exist within conflict, strife, or pain. We may not feel spiritual awakening is accessible where there is difficulty, suffering, or hardship. Many feel it almost certainly cannot be found amid social struggles related to race, sexuality, and gender.

Some may believe that the indignation, ire, and anger that motivate movements of protest only move us “backward” or away from what is more profound about our lives. But if we were to simply walk past the fires of racism, sexism, and so on because illusions of separation exist within them, we may well be walking past one of the widest gateways to enlightenment. It is a misinterpretation to suppose that attending to the fires of our existence cannot lead us to experience the waters of peace. Profundity in fact resides in what we see in the world. Spiritual awakening arrives from our ordinary lives, our everyday struggles with each other. It may even erupt from the fear and rage that we tiptoe around. The challenges of race, sexuality, and gender are the very things that the spiritual path to awakening requires us to tend to as aspirants to peace.