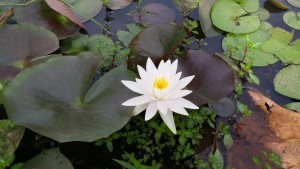 Hatred never ceases by hatred, but by love alone is healed.
This is an ancient and eternal law.
– Buddha

I’ve been struggling since I learned about the horror in Orlando. For a while, it was hard to feel anything other than the physical gut-wrenching impact of tragedy. Then a sort of numbness set in as I witnessed the responses to the killings relayed in the media. I reached out to our senior teacher, Mitchell Ratner, currently in Plum Village, who counseled that Thich Nhat Hanh warns that the worst response is to give in to despair. As Mitchell put it, despair is contagious and isolating. Instead, we need to look deeply, for with understanding come compassion, clarity, and peace.

A fellow Sangha member shared a poem by Desmond and Mpho Tutu that touched my heart deeply. It’s called the “Prayer Before the Prayer” and can be found in their book, The Book of Forgiving: The Fourfold Path of Healing Ourselves and Our World. The first part of the poem is as follows:

I am so grateful for the spaciousness offered by this poem. To me, it seems to recognize the grace that comes from forgiveness as well as the yearning to have that grace, even if in this present moment I cannot yet forgive. I love how forgiveness springs from understanding of what Thay calls interbeing and Desmond Tutu calls Ubuntu: the interconnectedness that is the essence of our humanity.

In a May interview with yes! Magazine concerning the aftermath of Ferguson, Desmond Tutu was asked what insight he had gained into human nature after heading the South African Truth and Reconciliation process. He replied that he’d learned

That we are extraordinary beings! All of us have the capacity for the greatest possible evil. All of us! None of us can predict that under certain circumstances we would not be guilty of the most horrendous atrocities and cruelty. That is why, when they said in the newspapers that someone was a monster, I kept saying, “No. That person carried out monstrous acts.” That person can change. And, yes, it taught me that human nature can plumb the worst possible depths, and race has got nothing to do with it. And human nature can also scale the highest heights of nobility, and, again, race is not a determinant factor.

This Thursday, after our meditation period, we will read more of the poem quoted above as well as some other words by Desmond Tutu and then explore how we’ve experienced forgiveness in our own lives. I hope you can join us.

If I choose not to forgive, I will always pay a price for it. When we are uncaring, when we lack compassion, when we are unforgiving, we don’t just suffer alone for that choice. Our family suffers, our community suffers, and ultimately our entire world suffers. We are made to exist in a delicate network of interdependence. We are sisters and brothers, whether we like it or not. To treat anyone as if they were less than human, less than a brother or a sister, no matter what they have done, is to contravene the very laws of our humanity. And those who shred the web of interconnectedness cannot escape the consequences of their actions . . .

But it is okay to forgive.

The invitation to forgive is an invitation to find healing and peace. In my native language, Xhosa, one asks forgiveness by saying, “Ndicel’ uxolo” (I ask for peace). The locution is quite beautiful and deeply perceptive. Forgiveness opens the door to peace between people and opens the space for peace within each person. The victim cannot have peace without forgiving. The perpetrator will not have genuine peace while unforgiven. There cannot be peace between victim and perpetrator while the injury lies between them. The invitation to forgive is an invitation to search out the perpetrator’s humanity. When we forgive, we recognize the reality that there, but for the grace of God, go I.