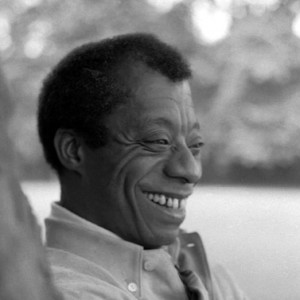 When Mitchell asked me to facilitate this week, the topic that immediately came to me was the racism that confronts us all, and causes a great deal of suffering here in America and around the world. The extrajudicial killing (lynching) of George Floyd’s that fateful Memorial Day is but one instance of countless brutal acts that began in 1619 when Africans were brought to this country against their will.

In our conversation, one of the first things Mitchell said was that recently he had been reading a lot of James Baldwin. I, too, have read and studied Mr. Baldwin over the years. He was a prolific African American novelist, playwright, essayist, and social critic. He was a prominent and sometimes maligned figure throughout the civil rights era of the 60s and 70s. His unflinching, gloves off, sometimes withering observations and critiques of America are the stuff of legend.

This Thursday and Friday evenings we will read some excerpts of Baldwin’s prescient writings and watch clips from one of my favorite documentaries on him, I Am Not Your Negro. In our discussion will examine contexts and identify parallels to our current situation. In particular, we will explore how the dual effects of racism — on the perpetrator and the perpetrated upon— have scarred us. In what ways can our mindfulness practice help us understand and transform our collective and ancestral suffering?

Personally, the practice has helped me deal with some aspects of being Black in America. For example, many African Americans are nonplussed and get downright angry at the experience of being followed/shadowed/racially profiled in department stores by store security personnel as if they are going to steal something. In my estimation, born from meditation, the profiling is the department store’s problem and a total waste of their resources and time and of my mental health. While they are watching me out of some pre-conceived notion of who I am as a Black man, some white person may very well be stealing them blind. A quote from Mr. Baldwin at the end of the documentary masterfully expresses this perspective:

I’m forced to believe that we can survive whatever we must survive. But the Negro in this country…the future of the Negro in this country is precisely as bright or as dark as the future of the country. It is entirely up to the American people and our representatives—it is entirely up to the American people whether or not they are going to face and deal with and embrace this stranger who they have maligned so long. What white people have to do is try and find out in their own hearts why it was necessary to have a “nigger” in the first place, because I’m not a nigger, I’m a man. But if you think I’m a nigger, it means you need him. The question that you’ve got to ask yourself, the white population of this country has got to ask itself, North and South because it’s one country and for a Negro there is no difference between the North and the South—it’s just a difference in the way they castrate you, but the fact of the castration is the American fact….If I’m not the nigger here and you invented him, you the white people invented him, then you’ve got to find out why. And the future of the country depends on that, whether or not it is able to ask that question.

I believe the antiracist mindfulness practices we aspire to are present in The Gatha for Healing Racial, Systemic, and Social Inequality written by the ARISE (Awakening through Race, Intersectionality, and Social Equity) Sangha:

Aware of the suffering caused by racial, systemic, and social inequities, we commit ourselves, individually and as a community, to understanding the roots of these inequities, and to transforming this suffering into compassion, understanding and love in action. As a global community of practitioners, we are aware of the disproportionate racial violence and oppression committed by institutions and by individuals, whether consciously or unconsciously, against African Americans, Indigenous peoples and people of color across the United States and beyond. We know that by looking deeply as individuals and as a community, we can engage the collective wisdom and energy of the Sangha to be our foundation for Right Thought, Right Speech, Right Action, Right Mindfulness, and Right Insight. These are the practices leading to nondiscrimination, non-harming, and non-self which heal ourselves and the world. We invite you to join us this Thursday and Friday evenings. Together we will learn from James Baldwin and participate in a Dharma sharing about racism and mindfulness practice. Our Dharma sharing will begin with our reflections on these questions:

We invite you to join us this Thursday and Friday evenings. Together we will learn from James Baldwin and participate in a Dharma sharing about racism and mindfulness practice. Our Dharma sharing will begin with our reflections on these questions:

More excerpts from James Baldwin and an excerpt by Alan Senauke are below.

from I Am Not Your Negro by James Baldwin

James Baldwin: Well, I don’t think there’s much hope for it, you know, to tell you the truth as long as people are using this peculiar language. It’s not a question of what happens to the Negro here or to the black man here— that’s a very vivid question for me, you know—but the real question is what is going to happen to this country. I have to repeat that.

– Lorraine Hansberry Meeting With Robert Kennedy Jr. – 1963
I must sketch now the famous Bobby Kennedy meeting. Lorraine Hansberry would not be very much younger than I am now if she were alive. At the time of the Bobby Kennedy meeting, she was thirty-three. That was one of the very last times I saw her on her feet, and she died at the age of thirty-four. I miss her so much.

We wanted him to tell his brother the President to personally escort to school, on that day or the day after, a small black girl already scheduled to enter a Deep South school. “That way,” we said, “it will be clear that whoever spits on that child will be spitting on the nation.” He didn’t understand this either. “It would be,” he said, “a meaningless moral gesture.” “We would like,” said Lorraine, “from you, a moral commitment.” He looked insulted—seemed to feel that he had been wasting his time. Well Lorraine sat still, watching all the while …She looked at Bobby Kennedy, who, perhaps for the first time, looked at her. “But I am very worried,” she said, “about the state of the civilization which produced that photograph of the white cop standing on that Negro woman’s neck in Birmingham.”

And I am glad that she was not smiling at me. “Goodbye, Mr. Attorney General,” she said, and turned and walked out oI the room.

Clip from I Am Not Your Negro Samuel L. Jackson reading James Baldwin about “the white cop standing on that Negro woman’s neck in Birmingham,” 1963.

– James Baldwin And William F. Buckley, Jr., Cambridge University Debate – 1965
James Baldwin: Leaving aside all the physical facts which one can quote, leaving aside rape or murder, leaving aside the bloody catalogue of oppression, which we are in one way too familiar with already, what this does to the subjugated—is to destroy his sense of reality.

This means in the case of the American Negro, born in that glittering republic…and in the moment you are born, since you don’t know any better, every stick and stone and every face is white, and since you have not yet seen a mirror, you suppose that you are, too. It comes as a great shock around the age of five, or six, or seven to discover that Gary Cooper killing off the Indians when you were rooting for Gary Cooper, that the Indians were you.

It comes as a great shock to discover the country which is your birthplace and to which you owe your life and your identity has not in its whole system of reality evolved any place for you.

From “On Race and Buddhism” by Alan Senauke
(In The Bodhisattva’s Embrace: Dispatches from Engaged Buddhism’s Front Lines)
…by habit we often see a world thoroughly conditioned by duality. Driven by doubt and fear, by a lack of trust in our true Mind, we see things as self and objects, as us and them, as other. It seems so hard to recognize the truth that Tibetan Buddhists preach: that every being was at one time my own mother. The root of racism is denial of this truth. It is about seeing people as other in a systematic way that is such an entrenched habit we are not usually aware of. I would underscore the word systematic, because as ideas like a virus in society they have a power that goes beyond individual like and dislike. Racism is a system of domination that is economic and political as well as personal. It runs deep in the oppressor and the oppressed alike, though the damage caused is different.