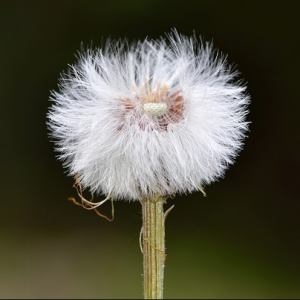 He who binds to himself a joy
Does the winged life destroy;
But he who kisses the joy as it flies
Lives in eternity’s sunrise.

The above poem by William Blake was handed to me by a stranger when I was 19 years old. I was then a clueless young person just beginning to let into my consciousness the notion that how I attended to what was going on in me and around me, moment by moment, might radically alter the quality and quantity of joy and contentment in my life.

A core Buddhist teaching that helped me along the way came from the Sallatha Sutra, translated as The Dart (or sometimes The Arrow). In it, the Buddha explains to his followers how an “untaught worldling” (non-practitioner) and a “well-taught noble disciple” (skillful practitioner) respond differently to their “feelings.”

But in the case of a well-taught noble disciple, O monks, when he is touched by a painful feeling, he will not worry nor grieve and lament, he will not beat his breast and weep, nor will he be distraught. It is one kind of feeling he experiences, a bodily one, but not a mental feeling. It is as if a man were pierced by a dart, but was not hit by a second dart following the first one. (Excerpted from a translation by Nyanaponika)

My appreciation of the Sutta deepened when I understood that vedanā, the term translated as “feelings,” had a meaning in the Buddha’s time which is different from the common English meaning of feeling. Vedanā are the elemental affective tones that arise spontaneously and unconsciously when our sensing faculties come into contact with a sense object. Although they interact with our thoughts and emotions, in Buddhist psychology they are a categorically different human experience. A touch can be pleasant or unpleasant, or perhaps neutral. Something we look at can be beautiful, ugly, or neutral. A smell can be appealing, noxious, or neutral. It is the same with tastes and sounds. And also, for the people of the Buddha’s time, it was the same with the mind, which was considered a sixth sense organ. The thoughts, mind-states, and images that arise in the mind automatically register as positive (pleasurable), negative (painful), or neutral (perhaps uninteresting).

For me, the primary lesson of the Sutra is that we all experience painful bodily feelings. We all get sick, have accidents, and probably will experience the frailties associated with aging. The skillful practitioner acknowledges fully that a bodily change has occurred and that unpleasant feelings have arisen because of the change. But the practitioner is not in denial or overwhelmed by the unpleasant bodily feelings. The practitioner is able to embrace the feelings and act wisely, in ways that will decrease his or her suffering and the suffering of others. Thich Nhat Hanh notes that responding skillfully to our feelings is, at base, about keeping our freedom:

This Thursday evening, during our Dharma sharing, we will explore the ways our mindfulness practice has helped us work with our feelings.