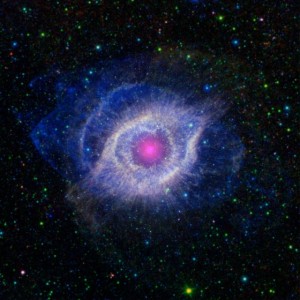 It’s not that I’m afraid to die. I just don’t want to be there when it happens — Woody Allen

Recently, in my work as a hospice chaplain, I have had several people who are dying look at me and ask, “What can you do for me?” They throw the question at me as a challenge and it hits like cold water in my face. A healthy dose of humility, for I have no easy words or formulas to offer. A hand to hold, a prayer. If I were being honest, I would toss back the question – what can you do for me?

The truth is that those who are dying are my teachers, and every visit I make can be a classroom where I am shown over and over again how to be with impermanence. In those rooms, impermanence is not just a poetic concept. It is the very air that we breath as we sit next to pictures of long-ago weddings, anniversaries and birthday parties, babies who now have babies of their own. If I were being even more honest, I would admit that sometimes in those rooms I am looking for what those who are closer to death can do to give me hope that when I come face to face with my dying there will be comfort there for me. More and more I realize that the best I can do for those I visit is to cultivate ever more deeply my own honest willingness to “be there when it happens.” To be curious. When all that has told me who I am is stripped away, who is it that will walk through the door to a vast unknown dimension of existence? Mindfulness practice has taken on a new depth and significance for me. Less and less it is about wanting to be a better person and more about living into the deeper reality of what and who I am; we are. In our program this Thursday we will explore how to be with dying as an invitation to greater clarity and freedom. The quotes below may help us in our reflection.

Deepening Our Practice: The Science of the Buddha, January 12 to April 7, 2013 in Takoma Park or Columbia, Md.

A Calm Mind and A Joyful Heart: An Introduction to Mindfulness Meditation, January 21, 2013 at Crossings, Silver Spring, Md.

From Making Friends with Death: A Buddhist Guide to Encountering Mortality by Judith Lief

As people age, we tend to invest more and more energy into smaller and smaller things….We become anxious over little details that we were not quite as uptight about when we were younger. As the threat of death comes nearer, people get more and more frantic and invest their energies in smaller and smaller islands of familiarity. I remember hearing the renowned Tibetan teacher His Holiness Dilgo Khyentse Rinpoche talk about getting older. He was in his late seventies at the time. He said that as you get older, you go to extremes, and fundamentally you have only two choices: extremely vast mind or extremely petty mind. There is less and less room for the middle, so you have to make a choice; you can only go one way or the other. Khyentse Rinpoche’s own choice was clear: he continuously radiated that vastness of mind.”

From The Heart Of The Buddha’s Teaching: Transforming Suffering Into Peace, Joy, And Liberation by Thich Nhat Hanh: