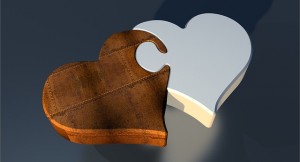 I admit I felt elated when one of my practice hits landed hard enough to unbalance my instructor holding the target. I felt empowered as she stepped backwards away from me, and I realized that I am stronger physically than I expected.

“That hit would probably break someone’s nose,” she observed. Her comment reminded me of the seriousness of what we were learning. I thought of the First Mindfulness Training ‘Reverence for Life’ and paused to breathe for a moment before continuing.

After class, I re-read the training. One sentence in particular caught my attention this time. “Seeing that harmful actions arise from anger, fear, greed, and intolerance, which in turn come from dualistic and discriminative thinking, I will cultivate openness, non-discrimination, and non-attachment to views in order to transform violence, fanaticism, and dogmatism in myself and in the world.”

I wondered: Am I nourishing seeds of violence and anger in myself when I practice defensive hits? The thought unsettled me. I don’t want to harm anyone. But I don’t want a person to harm or even kill me, or harm someone else near me, because I don’t know how to defend myself physically. The class also covers verbal de-escalation of confrontations — the physical defense is taught as a last resort.

With the current disturbing political and social news, I find it alarmingly easy these days to get angry and blame others who disagree with my views. Watering seeds of anger and frustration is incredibly tempting, especially when I hear stories of sanctioned violence against the vulnerable. Taking a self-defense class has helped me notice when my energy and intentions are fueling my anger instead of my sense of empowerment. I believe that the shift into anger starts with me and my mindset, rather than being caused by the physical hits I’m learning.

So love is what I’ve focused on, because in social justice work the only option is loving everyone. Otherwise, there is no path to real change. Whether we’re leaning toward the spiritual community or the activist community, what we need is the combination of a mind that wants to change the world and a mind that is steady, clear–seeing, and seeks change from a place of love, rather than from a place of anger.

It’s important not to get stuck in your own views. Even if you think yours is the right way, there’s always someone else who has another way. Then you’re in an irreconcilable conflict that doesn’t get resolved except, I think, through love.

Happiness and suffering, right and wrong, like and dislike—these are the paradoxes that exist for all of us balancing the inner life and outer life. We think it’s one or the other: either we like and agree with people, or we’re against them and we have to hate them. The question is, how do we exist in the space that holds both of these dualities at once?”

This Thursday night, after our regular sitting, we will recite the Five Mindfulness Trainings together. We’ll share our experiences about practicing the First Mindfulness Training ‘Reverence for Life’, exploring how we hold space for diverse perspectives and emotions while staying steady and centered. You are warmly invited to join us!

An excerpt  from a question and answer session with Thich Nhat Hanh is below.

Violence and the First Mindfulness Training
From a Dharma talk by Thich Nhat Hanh on July 20th, 1998.

I still have some confusion regarding a passage in the First Mindfulness Training. … My question is whether it is justified, when one is being attacked, to be violent in self defense on an individual level or on a collective level, when a country is attacked by another country. Don’t they have the right to defend themselves, and sometimes that would take the form of violence, and even killing.

Violence can be seen in several forms. Sometimes it does not look violent in its external appearance, but inside it’s very violent. We call it institutional violence. So many of us are victims of that kind of institutional violence. Society is organized in such a way that many people don’t have the right and the opportunity to become free of poverty and oppression, and so on. So although people don’t use guns and bombs, violence is still there, because the organization of the society denies many people the right to be emancipated from oppression, inequality and discrimination. That is why the first thing I would like to draw your attention to is that violence is sometimes hidden, and we should practice looking deeply to see the true face of violence.

The second thing I would like to draw your attention to is that there cannot be perfect non-violence. The issue is to try to do the least violence possible, and that is our practice. Suppose we say that we don’t want to kill animals — that is why we became a vegetarian. And every time we eat lettuce or we boil a vegetable we feel better, and we might have the impression that we don’t kill any living beings. But in fact every time we boil water, many tiny living beings die. We don’t know that our vegetable dish is not entirely vegetarian (laughter). But it is very obvious that eating vegetables causes much less pain than eating meat. The way we raise chickens, cattle, we treat animals, is very violent. So that even when we drink a glass of milk, we know that it is not perfectly non-violent. The way they treat the cows, the way they take the calf from his mother, the way they kill the calf … do you know that in this country and in many other countries, the calf has the right to live only one hundred days. The calf doesn’t have the right to run or move, they leave him in one place, and one hundred days later they kill him for food. So even if we drink some milk, we still feel some pain within us. That is why many of us prefer soy milk to cow’s milk.

Even if you are not in the military, you can be violent. Usually we think of the military as violent, and that we civilians are less violent. But in fact we have supported the military in many ways. And some of us who are not in the military may be more violent than generals and other military commanders. We are used to seeing the military as violent, and the non-military as non-violent, but that is not true. Even if you are a general, if you are in charge of a military operation, you can also practice some non-violence. You can conduct your military operation in such a way that few civilians will be killed. It is possible to put the element of compassion in the hearts of the military people. You can win that victory, but there are many ways to win that victory. If you have compassion within yourself, you will be able to spare the lives of many people, whether they belong to the civilian population or to the military population. That is why I think that those of us who work for non-violence have to keep our friendship alive and open with the army, and we can help the army to be less violent and to have a more human view of the situation. The people in the army have the capacity to wake up, to understand and to love, just as we do. Let us not deprive them of the opportunity to water the seeds of compassion, understanding and loving kindness in them. Be a friend to the military, and then you have the opportunity to bring the teaching and the practice of compassion even to the military circles.

When we get lost in the forest, if we want to go home, we may rely on the North Star as a sign to help us know what direction we should take. Suppose we want to go north: we look at the North Star in order to go north. But we do not have an intention to arrive at the North Star (laughter). We don’t have to arrive there, we need just to go north. The same thing is true with violence and non-violence. We don’t have to be perfect in the practice of the First Mindfulness Training; in fact, no one can be perfect in the practice of the First Mindfulness Training. Lord Buddha had to eat vegetables just like us, so we know that his dish was not completely vegetarian. And every time he walked and moved, he may have crushed insects under his feet. As a human being you have to walk, you have to eat, you have to drink, and that is why you cannot be perfectly non-violent. But the important thing is that you try to be as non-violent as possible, and you cultivate compassion, so that each day you become more and more compassionate, each day you become more and more non-violent, and that is an art. In order to know how to be more compassionate each day, how to apply better and better the First Mindfulness Training each day, we have to come together as a Sangha and recite the Mindfulness Trainings and share ideas, in order to understand more deeply the Trainings and to find out better ways to put the Mindfulness Trainings into practice in our daily lives. Therefore, please remember the North Star: we don’t have to be perfect, and sometimes we have to use means that are not completely non-violent; but you are in a position to understand the suffering of the people, you have the energy of compassion in you, you can intervene so that people around you and yourself become less and less violent every day. That would make the Buddha happy already.