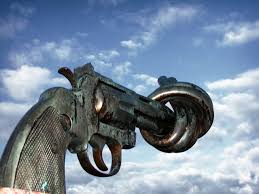 The first precept of Buddhism is traditionally stated as a vow to abstain from taking life. This is often related to daily life by discussing whether to be a vegetarian, whether to kill insects, and whether it is moral to kill someone to protect others. I wondered about this training over the past week as I processed news about elected officials’ political actions towards the climate and religious extremists’ violent actions in England. Hearing about both made me aware of an array of responses I was fully capable of: fear, hatred, despair, confusion, and compassion.

Thich Nhat Hanh reframed the first precept as the First Mindfulness Training, Reverence for Life, and accentuated interbeing and compassion as the aim of this training:

Aware of the suffering caused by the destruction of life, I am committed to cultivating the insight of interbeing and compassion and learning ways to protect the lives of people, animals, plants, and minerals. I am determined not to kill, not to let others kill, and not to support any act of killing in the world, in my thinking, or in my way of life. Seeing that harmful actions arise from anger, fear, greed, and intolerance, which in turn come from dualistic and discriminative thinking, I will cultivate openness, non-discrimination, and non-attachment to views in order to transform violence, fanaticism, and dogmatism in myself and in the world.

Thay’s core teachings in this training are deeply echoed in the reading below from Love in Action as he responds to America’s waging of the first Gulf War. (The short chapter from which this is taken is downloadable here and is striking to read 25 years later.)

How do we understand President Trump’s actions toward the climate and the rest of the world in light of this training and of Thay’s teaching in Love in Action? How do we relate to Khuram Butt, Rachid Redouane, and Youssef Zaghba, who killed and injured so many in London? Each of us answers this in her or his own way, but if you are like me, you are probably challenged to transform your own thoughts instead of jumping to try to fix the violence, fanaticism, and dogmatism in others.

As I contemplated my response to President Trump’s words and the terrorists’ actions, I noted that I found it easier to have compassion for the young men than for President Trump. I could imagine despair in their lives that was met and answered by religious extremism. I believed I could see through their extreme views to the longing to belong, to matter, to have an impact, and to triumph over others they felt had wronged them. And I saw kernels of violence in the West’s past treatment of Muslims and the Middle East. Then I read President’s Trump remarks about why he felt it best to withdraw America from the Paris Accord and heard my interpretation of the man and his needs, which were not so different from what I heard with the terrorists. He noted that America was being taken advantage of by the rest of the world, that Americans were paying huge sums of money, and that our economy was being put at risk. He asked:

I heard in those remarks the voice of a man who feels demeaned, laughed at, and vulnerable to being taken advantage of. And I could see the basis for some of his views about America’s position in the world, even if I had a different take on them. Yet the President seemed so psychically naked in his remarks that I found it difficult to feel anything but compassion for him, as I often have in the past. I don’t think he’s evil or demented but that he has certain political and personal needs that make him hear and understand the world in his own way, just as we all do. I fantasized about telling him how he could be a hero by building a 21st Century energy infrastructure based on renewable energy, natural gas and, perhaps, clean coal to give the United States energy security that was climate friendly.

This Thursday, we will recite the Five Mindfulness Trainings, and then I would like to do something that may push some people’s envelopes a bit. I would like us each to write a love letter to the President or the three terrorists using the eyes of understanding and love, as Thich Nhat Hanh might say. The point of the exercise is not to approve of their actions nor to psychoanalyze them as individuals, but to look within ourselves to see if we can find the insight of interbeing and compassion and apply it to someone with whom we may struggle to feel positive emotions and to let them know they are not alone nor hated.

I hope you will join us.

Immediately after ordering the ground attack on Iraq, in February 1991, President Bush addressed his nation, saying, “Whatever you are doing at this moment, please stop and pray for our soldiers in the Gulf. God Bless the United States of America.” I suspect that at the same moment many Moslems were also praying to their God to protect Iraq and the Iraqi soldiers. How could God know which nation to support? Many people pray to God because they want God to fulfill some of their needs. If they want to have a picnic, they may ask God for a clear, sunny day. At the same time, farmers who need more rain might pray for the opposite. If the weather is clear, the picnickers may say, “God is on our side; he answered our prayers.” But if it rains, the farmers will say that God heard their prayers. This is the way we usually pray.

In the Sermon on the Mount, Jesus taught, “Blessed are the peacemakers: for they shall be called the children of God.” Those who work for peace must have a peaceful heart. When you have a peaceful heart, you are the child of God. But many who work for peace are not at peace. They still have anger and frustration, and their work is not really peaceful. We cannot say that they belong to the Kingdom of God.

To preserve peace, our hearts must be at peace with the world, with our brothers and our sisters. When we try to overcome evil with evil, we are not working for peace. If you say, “Saddam Hussein is evil. We have to prevent him from continuing to be evil,” and if you then use the same means he has been using, you are exactly like him. Trying to overcome evil with evil is not the way to make peace.

“Ye have heard that it hath been said, Thou shalt love thy neighbor, and hate thine enemy. But I say unto you, Love your enemies, bless them that curse you, do good to them that hate you, and pray for them which despitefully use you, and persecute you; that ye may be the children of your Father who is in heaven: for he maketh his sun to rise on the evil and on the good, and sendeth rain on the just and on the unjust.”

This is nondiscrimination. When you pray only for your own picnic and not for the farmers who need the rain, you are doing the opposite of what Jesus taught. Jesus said, “Love your enemies, bless them that curse you…” When we look deeply into our anger, we see that the person we call our enemy is also suffering. As soon as we see that, we have the capacity of accepting and having compassion for him. Jesus called this “loving your enemy.” When we are able to love our enemy, he or she is no longer our enemy. The idea of “enemy” vanishes and is replaced by the notion of someone suffering a great deal who needs our compassion. Doing this is sometimes easier than we might think, but we need to practice. If we read the Bible but don’t practice, it will not help much.

“Forgive us our trespasses, as we forgive those who trespass against us.” Everyone makes mistakes. If we are mindful, we see that some of our actions in the past may have caused others to suffer, and some actions of others have made us suffer. We want to be forgiving. We want to begin anew. “You, my brother or sister, have wronged me in the past. I now understand that it was because you were suffering and did not see clearly. I no longer feel anger towards you.” That kind of forgiveness is the fruit of awareness. When you are mindful you can see all the causes that led the other person to make you suffer. When you see this, forgiveness and release arise naturally. You can’t force yourself to forgive. Only when you understand what has happened can you have compassion for the other person and forgive him or her.