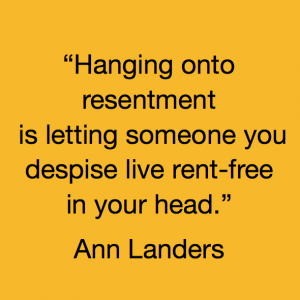 We often say that the goal of our mindfulness practice is to reduce our own suffering and help reduce the suffering of others. We do this by practicing mindfulness, peace and compassion.

Similarly, in Alcoholics Anonymous we say that “our primary purpose is to stay sober and help other alcoholics to achieve sobriety.”  We recognize that we are never going to achieve perfection, but that if we stay sober, we will get the help we need from a Higher Power to lead our lives and meet life’s challenges. We will be able to lead a full and meaningful life and help other people.

Sometimes there were “hooks” holding me back.

I would like to think of myself as a good person, and that my life in every day and every way is getting better and better.  I would like to trust my own good intentions. Yet, my own good intentions don’t always seem to be enough. Even after being sober in AA for over 40 years, and being a part of this sangha for a decade, I sometimes wake up in the morning with a head that feels full of negativity: “The world is terrible. My life is a failure. I’m no good. Nothing matters. Nobody cares. I am going to die soon.” Then a little devil sitting on my left shoulder whispers into my ear, “I might as well quit and give up. Nothing I do is going to be a success. I might as well just sit here in my recliner all day today and wallow in my self-pity, resentments, and defiance.”  For many years I used to actually do that.

After many years of trying to be mindful of what was going on in my own head, I began to see that I had adopted an expectation that no matter what I tried to do, “you” were not going to like it. “You” would always find fault with me/it. “You” would put me down. My self-esteem would crash to zero. I would become enraged. But I couldn’t express it because “you” were always bigger and would criticize me even more, or even punish me. So I created a scenario in my head that I would defy the idea of trying to go forward in any kind of a positive way, because I “know” that “you” are lying there in wait for me, to challenge me, criticize me, put me down and make me feel like a failure once again. It was better to “defy” my own efforts to move forward in a positive way. In that way I wouldn’t give you the satisfaction of “winning” once again. This was a serious internal conflict between the part of me that wanted to move forward in a positive way and another part that said, “No! I won’t do that!”

Eventually, after many years of participating in AA and in the Still Water sangha, I learned that we can become aware of our deepest inner pains and fears and that gradually we can distinguish between the original source of suffering and the scenarios we adopted afterward.  Scenarios whereby we go back and re-live those old pains, and inflict them upon ourselves over and over again. This gives us the justification for blaming and rejecting other people, for criticizing them and putting them down. At least, that’s what I did. My practice led me to understand how to begin to disentangle those things.  It was like distinguishing between the first arrow and the second arrow.

I sometimes still wake up in the morning with a head full of bad attitudes. But it has become much easier for me now to sit, and sort out which are the original pains, and which are unhelpful negative scenarios.  And I can give a positive answer to the question, “Do I really want to commit myself to my own good intentions, and commit myself to taking actions that feel right in this moment?” Most of the time, I answer, “Yes.” I no longer feel like a divided self that is fighting myself.  For example, I can think about my relationships and then think of the actions I could take to move them forward, rather than  playing that old tape that says, “No, I can’t do that. Nothing I do will ever work.”

Of course, I still make mistakes, and have setbacks. Sloth is still one of my favorite character defects, one I’m most reluctant to let go of.

I believe we all experience hooks that hold us back and prevent us from going forward, ways we continue to practice self-defeating or negative behavior. This Thursday evening, after our meditation period, we will begin our Dharma sharing with the question: What do we do when we find ourselves doing these things?

An excerpt from Thich Nhat Hanh on letting go of the second arrow is below.

You are invited to be with us this Thursday.

Releasing the Arrow
by Thich Nhat Hanh from No Mud, No Lotus: The Art of Transforming Suffering

There is a Buddhist teaching found in the Sallatha Sutta, known as The Arrow. It says if an arrow hits you, you will feel pain in that part of your body where the arrow hit; and then if a second arrow comes and strikes exactly at the same spot, the pain will not be only double, it will become at least ten times more intense.

The unwelcome things that sometimes happen in life—being rejected, losing a valuable object, failing a test, getting injured in an accident—are analogous to the first arrow. They cause some pain. The second arrow, fired by our own selves, is our reaction, our storyline, and our anxiety. All these things magnify the suffering. Many times, the ultimate disaster we’re ruminating upon hasn’t even happened. We may worry, for example, that we have cancer and that we’re going to die soon. We don’t know, and our fear of the unknown makes the pain grow even bigger.

The second arrow may take the form of judgment (“how could I have been so stupid?”), fear (“what if the pain doesn’t go away?”), or anger (“I hate that I’m in pain. I don’t deserve this!”). We can quickly conjure up a hell realm of negativity in our minds that multiplies the stress of the actual event, by ten times or even more. Part of the art of suffering well is learning not to magnify our pain by getting carried away in fear, anger, and despair. We build and maintain our energy reserves to handle the big sufferings; the little sufferings we can let go.

If you lose your job, of course it’s a normal response to feel fear and anxiety. It is true that in most cases to be out of work is a suffering; and there is real danger attached if you don’t have enough to eat or can’t afford necessary medicine. But you don’t need to make this suffering worse by spinning stories in your head that are much worse than the reality. Some people in this situation may think “I’m no good at this or that,” or ‘I’ll never get another job,” or ‘I failed my family.” It’s important to remember that everything is impermanent. A suffering can arise—or can work itself out—for anyone at any moment.

Instead of throwing good energy away on condemning yourself or obsessing over what catastrophes might be lurking around the corner, you can simply be present with the real suffering that is right in front of you, with what is happening right now. Mindfulness is recognizing what is there in the present moment. Suffering is there, yes; but what is also there is that you are still alive: “Breathing in, I know I’m alive.” Your eyes still work: “Breathing in, I’m aware of my eyes. Breathing out, I smile to my eyes.”