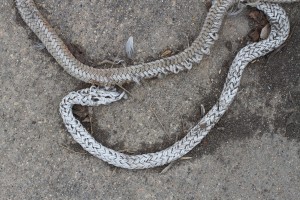 Discussion date: Thu, May 30, 2019 at our weekly Thursday evening practice

Underlying what we call the Plum Village mindfulness tradition are the Yogacara /Vijñanavada teachings, an approach to philosophy, psychology, and daily practice that was systematized in the 4th century in Northern India by two scholar-monks who were also brothers, Asaṅga and Vasubandhu,. This Thursday Br. Phap Vu will offer a guided meditation and facilitate a Dharma sharing on a core understanding of the tradition. He writes:

I’ve long appreciated the teachings of the Three Natures of Yogacara Buddhism. They are a teaching that unifies three connected and pivotal teachings into one model. Within the teachings of the three natures are the illusionary nature, the other-dependent nature, and the perfected nature. These three aspects are ways in which we can perceive any given thing and are meant to help us go beyond the boundaries and boxes of our lives.

In Living Yogacara, Tagawa Shun’ei offers a simplified explanation of the Three Natures:

An analogy has been used for centuries to describe the three natures. A person walking on a path during the night sees a discarded rope, and misconstrues it to be a snake, and is thus frightened. However, with another hard look, carefully scrutinizing the “snake,” it becomes clear that it was merely a rope. The rope comes to be known as a rope. As the person considers this further, he becomes aware that there is actually no substance of a rope, but that it is a composite made up of numerous strands of hemp and is only provisionally labeled as a rope.

This is called the analogy of the snake, rope, and hemp. The awareness of the hemp is equivalent to the perfectly realized true nature; the awareness that the rope is composed of the various causes and conditions of the hemp shows the dependently arisen nature. And the mistaken understanding of the rope to be a snake represents the nature of attachment to that which is pervasively discriminated.

Through the ancient Buddhist teachings and the practices we can touch our inner freedom, the boundless field of our true home.

Br. Phap Vu (Dharma Rain) was ordained as a monastic by Thich Nhat Hanh in 2003. In 2011 he received the Lamp Transmission, establishing him as a Dharma Teacher. Prior to his ordination, as a lay practitioner and aspirant, Phap Vu had practiced meditation in the Chinese Chan tradition for six years and received the Dharma name Original Abiding.

Below is an excerpt on the “Three Natures” from Zen Keys, one of the first books Thich Nhat Hanh wrote for a Western audience.

by Thich Nhat Hanh from Zen Keys: A Guide to Zen Practice

Things depend on each other in being produced; they do not possess an independent true identity. This is called the interdependent nature (paratantra) of things. All knowledge not based on the principle of paratantra is incorrect. It does not reflect reality. Indeed, it carries with it this illusion-imagination which is called vikalpa. Vikalpa cuts reality into separate pieces, giving them each separate identities. Vikalpa discriminates. If vikalpa is destroyed, knowledge becomes pure and able to reveal tathata. Things will then be presented in their thusness. They will reveal their nature of nispanna (perfect reality). Knowledge, being pure, is called wisdom (jnana).

Having dealt with these three natures (tri-svabhavas) of dharmas, the Vijñanavada tells us that these three natures do not truly exist. Take, for example, the vikalpa nature (illusion-imagination) of things. This nature is only a kind of illusory veil through which things are seen. It is the same for the paratantra and nispanna natures. As things do not have true identity, they cannot possess any “nature.”