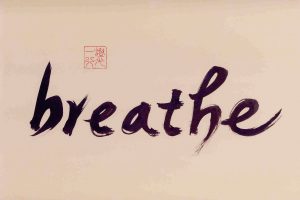 In the fall of 1971, while the Vietnam war raged on, 23-year-old Laura Hassler was asked to smuggle into Vietnam hand-written notes by Thich Nhat Hanh (Thay) urging his friends, student activists, and Members of the National Assembly to support a world-wide appeal for a “Stop the Killing” cease-fire. As she recounts in “Memories of a Young Buddhist Spy,” she had been asked to take the letters by her father, Alfred Hassler. He was then the executive director of the Fellowship of Reconciliation, an international peace group working closely with Thay and the Vietnamese Buddhist Peace Delegation in Paris. Although he had traveled many times to Vietnam, because of his association with Thay, he was no longer able to obtain a visa.

Her “spy mission” was successful in that the messages from Thay were delivered. However, the “Stop the Killing” campaign was not successful because of the threat of extreme repercussions for those in Vietnam and differences within political and peace-activist groups outside of Vietnam. The war in Vietnam continued until April 1975 with civilians accounting for more than half of the three million people who lost their lives.

A few months after her mission to Vietnam, Thay asked Laura to join the Vietnamese Peace Delegation in Paris — Thay, Sr. Chan Khong, and a few others — to continue to promote an end to the war and to offer assistance to widows, orphans, and clergy arrested because of their activism. In 2020, reflecting on her time in Paris with Thay, she writes:

I lived with that little Buddhist community for about a year. When I think back on that time, the first word that comes is grief. And the second is joy. It was a period of a kind of hopeless uncertainty, when it seemed the war would never end, and the stream of bad news would never stop. But neither did they stop. It was not that Thay, Phuong and their little team were tireless — I could see the tiredness in their eyes and hear it in their voices. But they were present, they were in touch with the suffering, and therefore incapable of not responding.

The joy was also in that presence: a quiet walk in the woods, growing herbs in pots or Vietnamese vegetables in a small garden, drinking tea together, listening to Phuong’s lilting voice singing traditional Vietnamese songs. They loved my Woody Guthrie songs, especially ‘’Union Maid” and “Mail Myself to You”: “Laura, sing ‘stick some stamps!’” — with the laughter already in the request.

A memory: one afternoon, we welcomed an American peace activist, who had asked for an interview with Thich Nhat Hanh. She came with her then state of the art cassette recorder and her yes-or-no type of questions, trying to pin a Zen master down to Western dichotomies.

The cassette recorder ran, jammed, stopped, and answers were interrupted, cassette rewound, questions repeated, answers tried again. As the tea cups grew cold, the interviewer became more and more agitated, frustrated both by the subtle mind of her subject and the challenges of modern technology.

When she finally left, the room was quiet. Thay poured another cup of tea and sighed.

“Americans cannot be peacemakers,” he said, “until they learn how to breathe.”

His unbelievable success and impact in the post-Vietnam war period are. I believe, due to his decision to do exactly that: teach people how to breathe so that they may become peacemakers. I so long for the next global peace movement, one that knows how to breathe and be present, that acts tirelessly on behalf of all life on our interconnected planet, and also knows the joy of sharing a song and a cup of tea.There is so much to appreciate in Laura’s story: Thay and Sr. Chan Khong’s dedication to service, living with both grief and joy, aspiring peacemakers learning how to breathe, and more.

This Thursday and Friday evenings we will read the excerpt and share together what touched us, what inspires us, and how these few paragraphs might help us embody love, compassion, and joy in our everyday lives.

Laura Hassler is the founder and director of Musicians Without Borders. Her article appeared in the the Spring 2020 issue of Fellowship, a magazine of peacemaking published by the Fellowship of Reconciliation. (Article available on Still Water website.)

If you are active on social media, please support Still Water by following us on Instagram and Facebook: