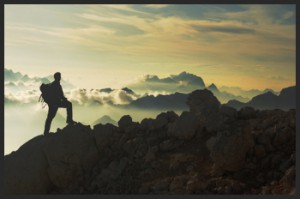 This week it’s time to recite the Five Mindfulness Trainings and focus on the one with perhaps the most enticing title, True Happiness.

In the traditional Five Precepts, the second precept is often phrased as “do not steal” or “I vow to refrain from taking that which does not belong to me.” So how does Thich Nhat Hanh’s version, the Second Mindfulness Training, go from “don’t steal” to “true happiness?” Here is his formulation of the training:

Aware of the suffering caused by exploitation, social injustice, stealing, and oppression, I am committed to practicing generosity in my thinking, speaking, and acting. I am determined not to steal and not to possess anything that should belong to others; and I will share my time, energy, and material resources with those who are in need. I will practice looking deeply to see that the happiness and suffering of others are not separate from my own happiness and suffering; that true happiness is not possible without understanding and compassion; and that running after wealth, fame, power and sensual pleasures can bring much suffering and despair. I am aware that happiness depends on my mental attitude and not on external conditions, and that I can live happily in the present moment simply by remembering that I already have more than enough conditions to be happy. I am committed to practicing Right Livelihood so that I can help reduce the suffering of living beings on Earth and reverse the process of global warming.

Thay takes the admonition “do not steal” and flips it to the positive suggestion of being generous, open hearted, and focused on what’s good in life.

Over the past month, I’ve been focusing on the roles of arrogance and humility in my own life, assumptions, and habits. There are deep similarities between the roots of the words arrogance and humility and the terms stealing and generosity. They could be an SAT verbal analogy pairing. The word arrogant derives from arrogate, which means “to claim or seize without justification, to make undue claim to having.” By contrast, humility derives from the Latin humus, “earth.” It means to “offer in a spirit of deference.” It seems humility is the ultimate groundedness, knowing we are of the earth and are in service to it and, therefore, others and ourselves. In short, humility offers while arrogance takes.

This framing has helped me start to see my own arrogance and the limits to the understanding of generosity with which I grew up. I usually don’t hold myself above others or as better than them. I believe and try to practice the belief that we are all equal, due equal dignity and rights. Yet I’m generous with my time and resources based on my particular Christian upbringing of how to behave in the world. I often do what I do to “be good” and, therefore, worthy of love. This form of generosity is often blind to the joys and benefits those actions bring to others and is motivated by need and fear, not an open heart and an understanding of the interconnectedness of life.

This notion of arrogance as “making an undue claim to having” also resonates with the Western notion of “self.” When I act from selfishness, greed, anger, or defensiveness, for example, I take myself as someone separate from others. In that sense, I’ve expropriated the freedom and vastness of life of which I’m part and narrowed it down into a tiny, lonely chunk cut off from life that I call “me.” It’s not possible to practice the true generosity of which Thay speaks below from that position. Thus, in the fundamental sense of the words, when I act as if I’m separate from others, when I act from my base emotions, I am arrogant and the opposite of humble—grounded, connected, open to service.

This Thursday, we’ll recite the Five Mindfulness Trainings and then focus on the Second Training. How do you understand the connection between generosity and happiness? How do you understand Thay’s discussion below of generosity and living simply while living in the world, making a living, and even putting away for retirement? Does not stealing result in true happiness?

I hope you will join us.

From "The Sutra on the Eight Realizations of Great Beings: A Buddhist Scripture on Simplicity, Generosity, and Compassion" by Thich Nhat Hanh

THE SIXTH REALIZATION is the awareness that poverty creates more hatred and anger, which in turn creates more evil. When practicing generosity, bodhisattvas consider everyone, friends and enemies alike, as equal. They do not condemn anyone’s past wrongdoings, nor do they hate even those who are presently doing evil.

When practicing generosity, we should consider everyone equal. Some people think that they can only practice generosity if they are wealthy. This is not true. Some people who are very wealthy do practice generosity, but many give alms with the aim of gaining merit, profiting, or pleasing others. People whose lives are grounded in compassion are seldom rich, because they share whatever they have with others. They are not willing to enrich their lives financially at the cost of others’ poverty. Many people misunderstand the Buddhist expression "practicing generosity" to mean when casually giving five or ten cents to a beggar on the street. In fact, the practice of generosity is even more beautiful than that. It is both modest and grand.

Practicing generosity means to act in a way that will help equalize the difference between the wealthy and the impoverished. Whatever we do to ease human suffering and create social justice can be considered practicing generosity. This is not to say that we must become active in any political system. To engage in partisan political action that leads to a power struggle among opposing parties and causes death and destruction is not what we mean by practicing generosity. Practicing generosity is the first of the six paramitas. Paramita means to help others reach the other shore, the shore of liberation from sickness, poverty, hunger, ignorance, desires and passions, and birth and death.

How can a person practicing "knowing how to feel satisfied with few possessions" also practice generosity? It is by living simply. Almost everyone who spends his or her life serving and helping others, sacrificing himself or herself for the sake of humanity, lives simply. If they live their lives worrying about making money and gaining merit, how can they practice generosity? Mahatma Gandhi lived a very simple life; nevertheless his merit helping humanity and saving human beings was immeasurable. There are thousands of people among us who live very simply, while being very helpful to many, many others. They do not have as large a reputation as Gandhi, but their merit is no less than his. It is enough for us just to be a little more attentive and aware of the presence of people like these. They do not practice generosity by giving money which they do not possess, but rather by giving their time, energy, love, and care–their entire lives.

Practicing generosity in a Buddhist context means not to discriminate against anyone. Even though among the poor and destitute there are cruel persons and kind persons, we must not exclude the cruel ones from our practice. Because poverty brings anger and hatred, poor people are more inclined to create evil. As the sutra states, "Bodhisattvas consider everyone, friends and enemies alike, as equal. They do not condemn anyone’s past wrongdoings, nor do they hate even those who are presently doing evil." This expresses the spirit of Mahayana Buddhism. Poverty creates anger, hatred, and wrongdoings. If we teach Buddhist philosophy through lectures, but do not practice generosity to ease the suffering of others, we have not yet attained the essence of Buddhism. We should practice generosity with compassion and not disdain, without discriminating against people who, because of their poverty, have caused anger and hatred.