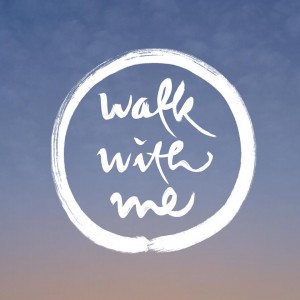 Walk With Me, a movie about the rhythm of life as a Plum Village monastic, had its North American premiere last week. It played to sellout crowds in Silver Spring, D.C., and Columbia, and many others have watched in theaters across the region and the country. Additional screenings are scheduled in the D.C. area, and can be found here.

The movie follows the seasons of monastic life with relatively little dialogue, often leaving a somewhat dreamy impression open to interpretation. It was a visually beautiful and captivating meditation, not a narrative.

I was struck by a recent discussion with the film’s makers, who noted that the movie took four years to make because of the way Plum Village works. They would arrive at Plum Village for a week’s worth of shooting and on the first day would discover that the monastics they intended to interview had been moved to another monastery. Their requests for setting up their list of shots would be met with an invitation to go for a walk in the forest. On the second day, they would be invited to tea. On the third day, there were conversations with the monastics about how they were and how their family was. On the last two days, they would be able to start filming the shots they had planned. They would then return home frustrated at not having accomplished anything close to what they had expected.

With time, the filmmakers came to understand that those initial days were not the product of monastic inattentiveness, but an invitation for them to come to know the subject matter of the film—life as a monastic. They started to film their experiences walking in the forest, drinking tea, and conversing with monastics as an integral part of the film. Both filmmakers noted that the experience of making the film changed how they view the world, that it caused them not to hold onto plans so tightly, to stand differently with their expectations, and to react more subtly when life does not unfold as planned.

For me, Walk With Me calls us to open to and recognize that our lives are the films we create living our lives, often while we’re busily focused on producing another film we expect to be our lives. It’s not that we should not try, not plan, and not hope, but can we do so while being open to each moment and to accepting what life offers just as much as we are trying to create what we believe life should be? Can we let go of demanding life be a certain way and instead be comfortable in the groundlessness of not getting what we wanted or receiving something totally unexpected?

You are invited to join us this Thursday evening. After our meditation time, we will watch the first 10 minutes of the interview with the filmmakers and then focus our sharing on our reactions to the movie and to the notion that we can find contentment and meaning in bringing our best to what we have before us, without demanding a specific outcome.

Because the film is not a narrative, there really is no need for any spoiler alerts, so please come even if you have yet to see the film.

I hope you can join us,