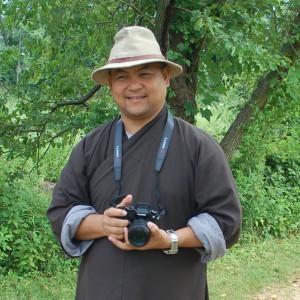 Eventually, he found his way back to a spiritual path, attending a retreat at Plum Village in France in 2002 and staying on to ordain as a monastic. Phap Uyen received full ordination in 2007, and has been a Dharma teacher since 2010. He currently resides at Plum Village's Magnolia Grove Monastery in Batesville, Mississippi.

The Touching the Earth prostrations which allow us to release our worries, suffering, and anxieties, and,