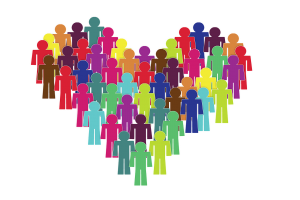 (The content of this page is also available as a PDF.)

We created this resources list as part of Still Water’s commitment to co-creating inclusive communities in which all belong and feel welcomed. The list contains books, articles, websites, and consultants that may help individuals and communities nourish their understanding and their capacity to be inclusive.

We understand that people may seek safety and affirmation by practicing in communities that reflect their shared identities. Below are sections on BIPOC Only Sanghas and Mixed/Intersectional and Allies Sanghas that include groups for people with disabilities and people who identify as LGBTQIA+.

Recognizing that speech and actions by white-identified folks wishing to increase their racial self-awareness and understanding in mixed groups may bring additional suffering to BIPOC people, there is also a section below on White Mindful Affinity Groups and Resources for White People.

Mindful of Race: Transforming Racism from the Inside Out (2018) by Ruth King

Awakening Together, The Spiritual Practice of Inclusivity and Community (2017) by Larry Yang

The Inner Work of Racial Justice: Healing Ourselves and Transforming Our Communities

Through Mindfulness (2017) by Rhonda McGee

Together We Are One: Honoring Our Diversity, Celebrating Our Connection (2006) by Thich Nhat Hanh and Kaira Jewel Lingo

“I Figured I Would Never Find Another: On Being a Queer Asian American Buddhist” by Marissa Wong

“Broken Body of the Sangha” by Ruth King

“Waking up to Racism” by bell hooks

“The Wisdom In My Bones” by Zenju Earthlyn Manuel

Baltimore and Beyond: Mindfulness Community for People of Color (Plum Village group for BIPOC practitioners)

Every Body Every Mind Sangha (an East Bay Meditation Center Buddhist-based meditation and discussion group open to anyone living with disabilities, limitations, differences and chronic illnesses.)

Subscribe to our email newsletter
This week’s discussion topic